Nina’s story: Why I am grateful to the Paediatric Diabetes and Endocrinology Department at Royal North Shore Hospital for caring for my son Every parent knows that feeling of dread that takes over when your child is sick, and you don’t know what’s wrong or how to help.

It has been four years since my son Callum was diagnosed with type 1 diabetes. After what we had thought was just a viral infection from some food after a trip to Japan, it was such a shock to hear the diagnosis – and only three weeks before his 10th birthday.

We had just arrived home from a two-week holiday in Japan when Callum first started to feel unwell. We all know how easy it is for kids to get sick and so my first instinct was to think it was either a parasite from eating sushi while in Japan or sheer exhaustion after a busy holiday. 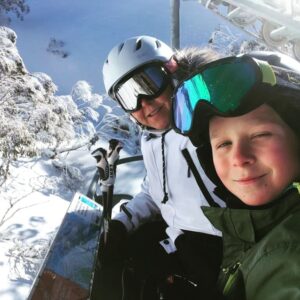 Nina and Callum enjoying the snow

Even though my husband is a former paramedic and Callum was experiencing the common symptoms of a viral infection, we didn’t want to take any chances, so we took Callum to see our GP who said that he had likely caught a virus and needed a few days of rest.

Several weeks went by and Callum was still out of sorts. We noticed that he had started to lose weight, was often tired and had begun to complain about being very thirsty. We emailed our paediatrician, who treats Callum for ADHD, to see if his symptoms might be happening due to other medication he was taking.

Our paediatrician wrote back saying that Callum’s thirst could be a side effect of his medication and that he may be going through a growth spurt which could be causing his tiredness. It was a simple explanation that seemed plausible, so we didn’t follow up with booking an in-person appointment.

However, when Callum’s symptoms seemed to worsen while we were on a trip away with some families from his soccer team, we sought an in-person opinion. As a parent, you often know when something isn’t quite right with your child, and in Callum’s case, he was not his usual adventurous and active self that jumped at the chance to hang out with his friends.

Throughout the trip, Callum was lethargic and often sleeping – he wasn’t chatty or always feeling hungry, which I am sure anyone would agree is quite odd for a growing 10-year-old boy. He started to look grey and was so tired and unwell that we decided to leave the trip early to see our GP again.

Our GP asked Callum for a urine sample which revealed that he was suffering from ketoacidosis (a serious medical condition associated with type 1 diabetes) and needed urgent medical attention. The significant ketones in Callum’s urine indicated that he was likely to be diabetic, and his diagnosis of type 1 diabetes was formally confirmed later that day. 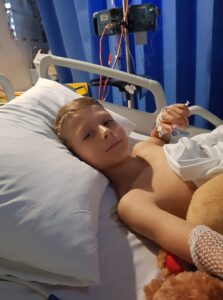 After undergoing further tests, Callum was put under the care of Dr Kim Ramjan, the Paediatric Endocrinologist at Royal North Shore Hospital.

This all happened three weeks before Callum’s 10th birthday, and I didn’t know how I was going to explain to my son, who already had a fear of needles, that he had type 1 diabetes and would need to be injected with insulin every day for the rest of his life.

I knew Callum was struggling to understand what this all meant and so I was doing my best to remain calm and strong for him but to be honest, I was feeling heartbroken. I kept reassuring him that before he knew it, he wouldn’t even have to think about the injections as it would just become part of his routine – as simple as brushing his teeth.

Although I tried my best to put on a brave face, it was still hard to watch what Callum was going through. Knowing that every decision we made as parents in managing his diabetes could potentially result in more hospital visits was a lot for my husband and I to process.

What helped us the most through those early days was the support from the healthcare professionals at Royal North Shore Hospital. I am so grateful for the support that we received from the Paediatric Diabetes and Endocrinology Department in those first days after Callum was diagnosed. Sharon Youde, the Paediatric Diabetes Dietician that was leading Callum’s care, and her team of diabetes educators took the time not only to go through the basic information on type 1 diabetes but specifically how this would affect Callum and our family.

They made a point of trying to understand Callum’s lifestyle and answered all our questions with patience and reassured me when they sensed that we were confused or overwhelmed by it all. We were still feeling anxious and uneasy when Callum was getting discharged, but the team from Royal North Shore Hospital reassured us that they would only be a call away if we ever needed their help.

Managing Callum’s diabetes is an ongoing journey, and it definitely isn’t easy. There have been a lot of tears, frustration and panic, especially when his blood sugar levels are low, and I’m not with him. 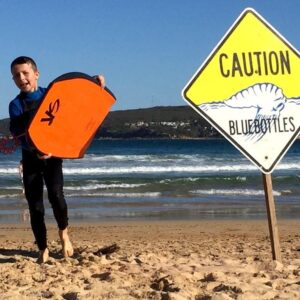 In times like these, we have found it helpful to use the Dexcom G6 app that is linked to Callum’s continuous glucose monitor. The app provides us with real-time glucose readings every five minutes and notifies us when Callum’s glucose levels are low. Being an active kid, it can be especially tough when Callum is doing water activities, like swimming, sailing or surfing, as his insulin pump is not waterproof.

During these activities, we have no way of knowing whether Callum’s insulin levels are in the normal range so there are often times that I have had to pull him out of the water while he was having fun with his friends just to check his glucose levels. It is always hard to pull him away from the things he loves doing but we know how important it is.

Until Callum’s diagnosis, I didn’t know that there was such a broad healthcare team involved in the management of a patient’s diabetes. From Callum’s endocrinologist, Dr Ramjam to the Clinical Psychologist looking after Callum’s case at the time, Maggie Shephard, my husband and I have never felt alone in the day-to-day management of Callum’s diabetes.

The ongoing support that my husband and I have received from diabetes educators, Lena Lim, Ailsa Marshall and Allyson MacDonald has been outstanding. I have found that being able to speak to them about managing Callum’s diabetes – especially when I can’t be physically with him – helps to relieve some of my anxiety.

Explaining to them that it was hard for me as a parent to find the balance between being the “cool parent” (who encourages their kid to have fun) and the “overprotective parent” (who wants to protect their kid from harm) and having them listen to my concerns, made me feel supported. And even though we sometimes wonder if we are doing everything we can to take the best care of Callum, they always reassured us that we were doing a good job at managing Callum’s diabetes.

They helped me realise that although my responsibility of managing Callum’s blood sugar levels is important, it is more important as a parent not to let his condition get in the way of him growing up. 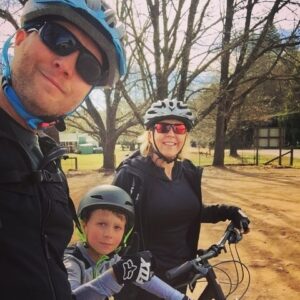 The Mapson family on a bike ride

Four years on, we are continuing to manage Callum’s diabetes as a family. It is an ongoing journey, but we would not have felt as confident as we are without the support and advice from the team at Royal North Shore Hospital. To this day, I am still amazed by their level of support. They have always made sure that Callum was well taken care of and they have been there for us every step of the way.

The care that this healthcare team provides goes far beyond the four walls of the hospitals and anything I could have imagined. It’s one of those instances where you don’t realise how lucky we are in Australia to have the hospital and healthcare system we do until you or a loved one needs it.

I am just so grateful for the care Callum, my husband and I received that I wanted to give back and support the Paediatric Diabetes and Endocrinology Department and the great work they do. 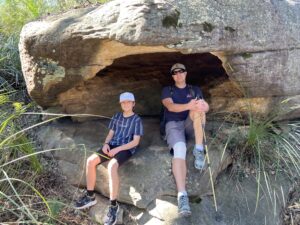 I am proud to say I am a regular donor to the NORTH Foundation and have also committed to volunteering my time as the Chair of the NORTH Foundation Development Committee. I joined the Development Committee because I am passionate about medical research and believe that the innovative research happening within the NSLHD might even find a cure for Callum’s type 1 diabetes one day.

I want to do my part to ensure that the Paediatric Diabetes and Endocrinology Department continues to thrive and receive the support it deserves.

I am still in awe of the efforts of the team in caring for my son, and I am committed to doing as much as I can to make sure that every parent who goes through what we went through has access to this incredible service and level of care.

If you or a loved one has received care at Royal North Shore Hospital or any of the other Northern Sydney Local Health District healthcare services, I really encourage you to consider becoming a grateful patient donor and supporting a cause you are passionate about or that is close to your heart.

If you would like to find out more about the diabetes services available in the community, please visit: