Your internet browser is outdated and unable to display this page.

We recommend using the latest version of Google Chrome for the best experience.

Alternatively, you can donate online here.

Our regular donors are a very special dedicated group of compassionate individuals who have chosen to support our hospitals and medical research on an ongoing basis (monthly or annually).

For this reason, we have chosen to name this generous community of donors our ‘Hospital Helping Hands’.

As a Hospital Helping Hand, you’ll receive a special welcome pack to say thank you for signing up. We’ll also provide regular updates about various departments and research areas that are impacted by our hospital helping hands. You will also receive an annual tax receipt at the end of the financial year.

Learn how to become a regular donor

Why should you become a regular donor?

Help us plan for the future

Your regular support helps create a sustainable and reliable source of funding that helps us plan for the future and fund transformative research and vital hospital services.

Whether it is a hospital, department or research area, you will make make an impact with your donations. If, for whatever reason, we are unable to allocate your gift to your area of choice we will be in touch.

Be part of something bigger

Become part of a like-minded community and connect with others who are passionate about the same cause. You will also receive reports to see the impact of your collective donations.

You can set-up a monthly or annual donation via EFT, direct debit or a nominated credit card and know that your donation is safe and secure. Automated donations also help to keep our admin costs down.

You’ll be in control of your support

You can increase, decrease, or cancel at any time by contacting us – we are always happy to help!

Why our Hospital Helping Hands choose to give?

“We give regularly to Hornsby Ku-ring-gai Hospital because they took good care of our daughter for months while she was ill and good care of us as a family when she passed away. You never get over losing a child, but it helped to have the best healthcare professionals around us. We have been giving monthly for almost 30 years and I encourage others to consider doing the same.”

“I’ve chosen to be a regular donor to the NORTH Foundation after experiencing the wonderful service that the Royal North Shore Hospital delivered when they cared for someone I loved. I give to the area of greatest need because I hope it will empower the selfless healthcare staff across the health district, help them plan for the future and go towards a variety of causes like new equipment or research breakthroughs.”

Learn how to become a regular donor

Sandra and Richard McDonald's story - why we give regularly 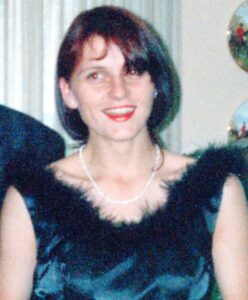 In March 1992, Richard and Sandra McDonald’s 19-year daughter Brooke fell ill and was rushed to Hornsby Ku-ring-gai Hospital by ambulance. Soon after she was admitted, doctors said that Brooke had viral encephalitis, an inflammation of the brain.

Sandra, Richard and Brooke’s two siblings said that Brooke was ‘larger than life’ and had the most engaging and beautiful personality. “Brooke was always brilliantly silly and the most fun person to be around, so the world changed when she got sick.”

Within two weeks, Brooke was in a coma and spent 106 days in the ICU high dependency unit before she passed away. The doctors tried everything they could but sadly, in July 1992, the McDonald family said goodbye to Brooke.

While the McDonald family was at the hospital, they got to know all the staff, from the doctors and nurses to the admin and cleaning staff. Sandra and Richard remember the staff very fondly and said, “All the staff came on the ride with us and provided such excellent care to our daughter.” 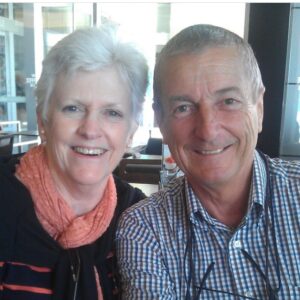 Some of the staff even attended Brooke’s funeral and were so supportive during what was a very difficult time for the family.

After Brooke passed, the McDonald’s arranged to commission a painting by an Australian artist to hang in the hospital in her honour. Sandra and Richard were also so touched by the wonderful relationships they had with the staff that they began donating to Hornsby Ku-ring-gai Hospital to say thank you.

15 years later, Sandra was at Hornsby Ku-ring-gai Hospital again but this time with her granddaughter. The ward clerk on duty recognised Sandra and they sat together talking about Brooke. It was then that Sandra and Richard realised how lucky her family had been to have been a part of a healthcare system that truly cared.

Sandra and Richard said, “We have been giving regularly to Hornsby Ku-ring-gai Hospital for the past 30 years because they took such wonderful care of our daughter while she was ill and such good care of us as a family when she passed away. You never get over losing a child, but you find a comfortable place in your heart for it and it helped to have the best healthcare professionals around us. We have been giving monthly for years because it’s easy and effortless so I encourage others to consider doing the same.”

Scroll down to the donation box below. Select "Area of greatest need" or choose a specific beneficiary to support and click
on "Donate now".

Click on the "Donate monthly" button and select the amount you would like to donate or write an amount in the "My choice" field. Click "Donate now" to proceed.

Lastly, fill in your details and click the "To payment" button to add your payment details. Congratulations, you're now a member of our Hospital Helping Hands community!

< Back to Area of Support